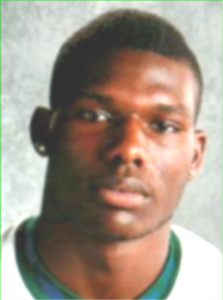 Dominique is a 2010 Winton Woods High School graduate and played varsity football from 2007 to 2009. As a sophomore Dominique was a force to be reckoned with. He led the Warriors to 7 wins and 4 losses. He finished his sophomore year with 901 rushing yards and 14 touchdowns. In 2008 Dominique led the Warriors to an FAVC Conference Championship and Regional Playoff Runner Up. He finished his junior year with 1313 rushing yards and 9 touchdowns. In the 2009 Dominique led the Warriors to the 2009 Division 2 State Championship. He rushed for 1130 yards and 16 TD’s. In the 2009 Division 2 Regional Championship game Dominique recorded the most touchdowns in a regional contest with 7 vs Marion Franklin High School. He was selected as First Team All-FAVC, 2009 FAVC Player of the Year, First Team All-Ohio, and All-Ohio Offensive Player of the Year. After graduation Dominique went on the play college football at the University of Louisville. He later played for the Tampa Bay Buccaneers and Pittsburgh Steelers of the National Football League. 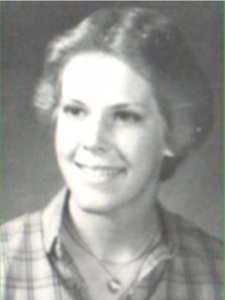 Julie is a 1982 graduate of Forest Park High School and participated in Girls Basketball, Soccer and Track.  During her athletic career for the Chargers, Julie earned 10 varsity letters and 6 league championships.  In soccer, Julie helped lead the team to 4 Cross County Conference Championships and 2 state appearances.  She continued that success into the winter sports season becoming one of the most dominating basketball players in school history.  Julie led the Forest Park Lady Chargers in several categories: most points scored in a single season averaging 17.1 ppg, most points in a single game – 25, most rebounds in a season – 265, and most rebounds in a career – 660, averaging 12.6 rebounds per game. After the season, the Greater Cincinnati Coaches honored Julie by selecting her 1st Team All-Conference, 1st Team All-City and Honorable Mention All-State during her Junior and Senior seasons.  In the spring of 1982, Julie finished her Charger athletic career helping the team capture a Cross County Conference Championship.  After graduation, Julie earned a Division I basketball scholarship to Ball State University. 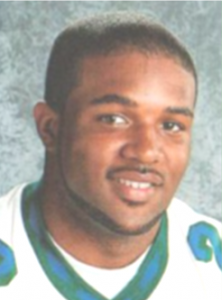 Jeremiah is a 2010 Winton Woods High School graduate and played 3 years varsity football for the Warriors from 2007 to 2009. During his sophomore year Jeremiah helped lead the Warriors to the OHSAA Football Playoffs with 1038 rushing yards with 15 TD’s. In his junior while being selected All FAVC First Team and leading the team to OHSAA Football Regional Runner Up he ended the year with 1133 yards and 26 TD‘s. In 2009 Jeremiah concluded his senior season with most points scored in a season at 192, most yards in a career with 4755, most TD’s scored in a career at 71 and the 2009 Division 2 State Championship. He ended his senior season receiving the following awards: First Team All FAVC, First Team All-City, and First Team All-Ohio. After graduation Jeremiah went on to play college football for Grand Rapids in Michigan. 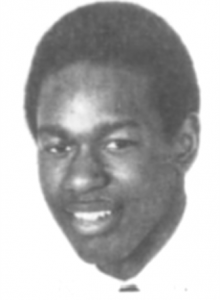 Reggie is a Forest Park 1982 graduate and played basketball for Coach Bill Fisher. Reggie is known to have recorded one of the greatest performance in the history of Forest Park High School. On a cold January evening while playing the number 1 Anderson Redskins, Reggie scored a career high 36 points, 17 rebounds, 5 assists, 5 blocked shots, and 5 steals. Reggie held 6 individual school records and is the only player who was in the top 10 statistical category ever kept in school history (points, rebounds, assist, steals and blocked shots). During his senior season Reggie averaged 19.2 ppg and 10 rebounds. For his accomplishments Reggie was selected First Team All-Conference Hamilton County League, First Team All-City, selected to the Greater Cincinnati All-Star Team where he scored 41 points. After graduation Reggie went on to play college basketball for Northern Kentucky University. Reggie is currently living in the Denver Colorado area and working as a city inspector. 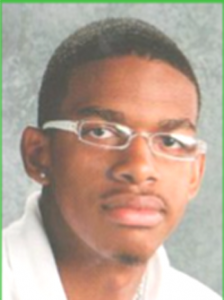 Allen is a 2010 Winton Woods High School graduate and played 4 years varsity basketball from 2007 to 2010. Allen helped the Warriors win 3 consecutive FAVC League Championships in 2008, 2009, and 2010. He was select First Team All FAVC 2008, 2009 and 2010, All Southwest District in 2008, 2010 and FAVC Co-Player of the Year in 2010. After graduation Allen received a full athletic scholarship to Auburn University. He is currently coaching college basketball at Indiana University-Purdue University Indianapolis (IUPUI). 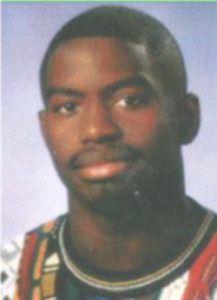 Ian is a 2001 Winton Woods High School graduate and 3 sport star participating in football, wrestling and track. In his athletic career Ian earned 9 varsity letters. In football Ian earned 3 varsity letters and received FAVC Defensive Player of the Year. In wrestling Ian was a 4 year varsity performer earning 4 varsity letters, 3 Time State qualifier and a third place finish in the 2001 state tournament. He also finished the wrestling season earning numerous wrestling invitational championships. In the spring of 2001 Ian completed his high school athletic career by participating in track. He was a 2 year varsity letter winner earning All-FAVC and was crowned league Player of The Year. After graduation Ian went on to play football at Georgetown College. 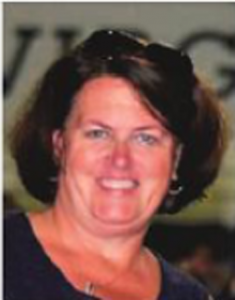 Kim Sherman is a diligent and dedicated volunteer who has given endless hours of her time to the Athletic Department. Kim started working for the Athletic Boosters when her children entered the Winton Woods School District.  She continued contributing and volunteering after both her children graduated and moved on to college. She is well known for her famous quote “We do what we can do for the kids here at Winton Woods. It’s all about them.” Kim has spearheaded parent volunteers, successfully purchased concession equipment and the driving force behind spirit wear. She continues to be an integral part of the Hall of Fame dinner and game. She has been a main stay for the football banquet for years. She organizes workers, food, decorations and clean up committees. 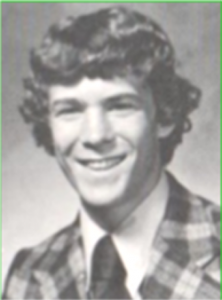 Michael is a 1976 graduate of Greenhills High School and participated in soccer and basketball for the Pioneers. He earned 3 varsity letters while playing soccer. During his senior season Michael set the Greenhills single season scoring record with 22 goals. He went on to earn All-League, All-City and All-State honors. After the season Michael was selected to play in the annual Greater Cincinnati East-West All Star Game where he set a scoring record with 4 goals and 2 assists. After the soccer season ended Michael played basketball for the Pioneers earning 2 varsity letters while helping them to win league, sectional and district championships. Michael went on to play college soccer at the University of Cincinnati where he was inducted into the University of Cincinnati Hall of Fame. 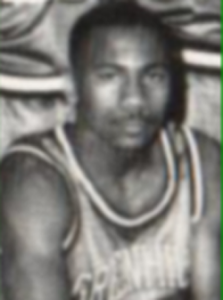 Andre is a 1990 Greenhills High School graduate and played basketball for the Pioneers from 1986 to 1990. Andre was a 3 year varsity player and the team’s most outstanding defensive player who helped lead the Pioneers to 2 Sectional Championships, 2 District Championships and a State Regional Runner Up. In his junior year Andre lead the team averaging 17 ppg while being named First Team All-Conference, First Team All-City and leading his team to a 15 – 8 season in the Western Metro Conference. In his senior season Andre continued to improve and lead his team to the best record in the history of Greenhills Basketball – 24 wins and 2 loses. After the season Andre was rewarded by coaches across the state by being selected First Team All-Conference, Queen City Conference Player of the Year, All City, All Southwest Ohio District 16, Cincinnati Division 2 Player of the Year and Second Team All-Ohio. He finished his senior season with 18 ppg while also holding the school record for assists with 167. He holds the single game record with 14 assists. All of these accomplishments were earned while guarding the others teams best player night in and night out. Andre Williams went to play college basketball at Robert Morris University.

No Events This Week

Events are added by athletic staff.
View All Events