Warriors have 3 players in the Top 20 Greater Cincinnati High School Football Recruits in the Class of 2020. 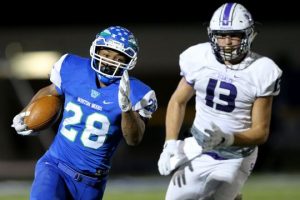 The Division II Offensive Player of the Year in both the state of Ohio and the Southwest District last season, Williams was arguably the most important player on any local team in 2018. Williams’ offers count is in the double-digits with his most recent coming from Kansas on Jan. 31. Williams is ranked as high as the No. 32 player in the state by 247’s composite rankings and a top-70 player at his position nationally. Other offers include Kentucky, Maryland, Michigan, Minnesota and Purdue, to name a few. 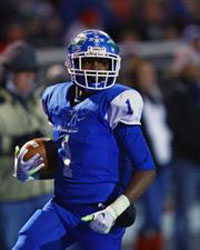 After a breakout junior season, Blankumsee’s recruitment has exploded the last few months. He received his first offer on Dec. 6 from Missouri and has been rising up prospect boards since. He is currently ranked as the No. 27 player in Ohio’s ’20 class by 247’s composite and holds seven offers. He received three offers Jan. 24 when Kentucky, Toledo and Western Michigan extended invites. 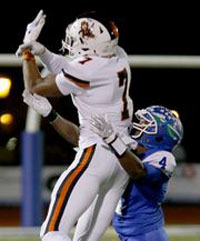 Grace has been on the radar of colleges since his freshman season at Winton Woods. Coming off a giant junior season for the Warriors, he helped them advance to the Division II state semifinal. Holding double-digit offers, Grace has been attracting attention from programs around the country. 247’s composite lists him as the No. 53 player in Ohio’s ’20 class and a top-100 cornerback prospect in the country.

No Events This Week

Events are added by athletic staff.
View All Events